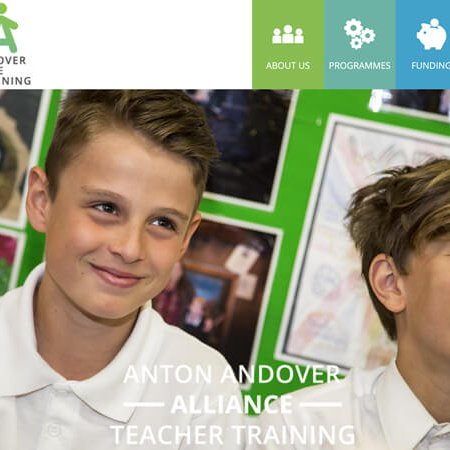 A formal website design for Anton Andover Alliance Teacher Training. The brief was something boundary pushing, they wanted a crisp clean design, something that incorporated the existing branding and also appealed to potential teacher candidates. This design was done several years ago, however it was one of the first designs for PrimarySite that pushed itself outside a 980px boundary and started changing the way that we did formal designed websites.

The client was already aware of who we were as a company having previously having a website with us for the school that they currently worked at. But they wanted more, they wanted something clean and clear that we'd potentially never designed before.

After careful exploration with the development team we tried to push ourselves outside of our boundaries, the one particular restriction that this destroyed was that it had to be in a 980px area for responsive. This also encouraged responsive design to be more responsive instead of a template.

Features that it includes:

Video testimonials of people currently enrolled in the course, this was important to the client as it added extra weight to their campaign.

Text testimonials important to the client as it adds more to their campaign. 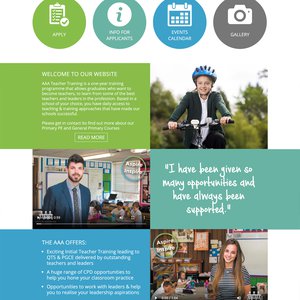