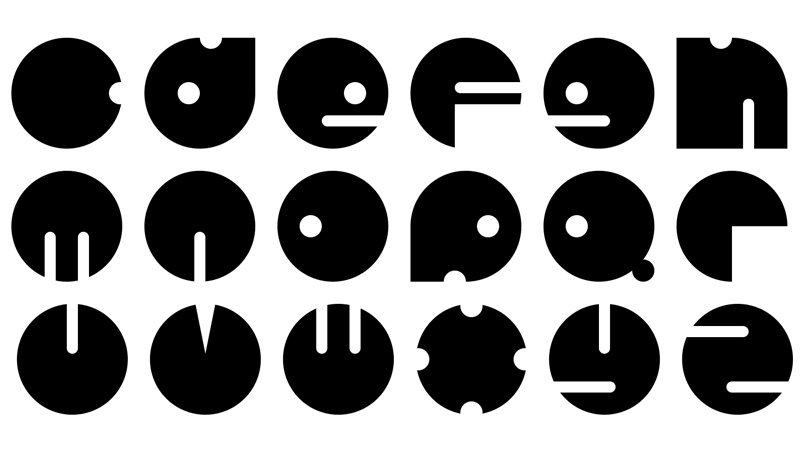 To create 26 letters of the alphabet using css (and HTML) designed on a specific shape, in this instance the circle.

This was a challenge, as most alphabet letters are circular, or have a circular angle in them. This required some creative out the box thinking to add in some definition to the shapes and allow the u and v to be unique. On the flip side some of the shapes could be reused in other ways, so an e became a g.

This was done in SCSS as a lot of the shapes shared the same style, also, if this font were to be used then it would be as easy as using the html code and amending the colour variables as required.

Would I use this font anywhere? Only as an example of what a bad display font, that isn't particularly accessible, looks like. But the task was fun to do!